Rolling Stones lead singer Mick Jagger’s ex-wife Bianca, 71, was forced to apologize on Tuesday for a tweet she posted “at 4.15 in the morning and didn’t properly read its content,” as she later confessed. The post was a “list of UK Members of Parliament who voted for #Iraqwar,” which Biaca was clearly outraged by, lo so many years hence.

Jagger, a Jeremy Corbyn supporter, called on her Twitter followers to “read [the list] carefully, [and] understand why they want @jeremycorbyn out.”


But Jagger’s source for the list was the white power website Metapedia, whose mission statement is to offer alternative information to what’s available on “strongly biased and hostile ‘researchers’ like Searchlight, Anti-Defamation League, Southern Poverty Law Center, Simon Wiesenthal Centre, and such.” You get the point.

Alastair Campbell, who ran communications for Tony Blair’s Labour government, tweeted Jagger: “Are we to weigh up ‘Jew,’ ‘married to Jew,’ ‘negro,’ ‘openly homosexual,’ in this careful reading/understanding?”

And MP Bryant took time out from his busy schedule of homosexual exhibitionism to tweet Jagger: “You should delete and apologize for this list describing people as ‘Jews’ and ‘homosexuals.'”

Which she did, the poor thing, and deleted the tweet and the Facebook reference, don’t ask. “I’m mortified,” she said in a statement. “I thought it was a list of members of Parliament who voted against the war in Iraq. You all know I am against racism, bigotry. I didn’t carefully read the content of the website, I thought it was a straightforward list, not a racist, homophobic and disgusting list.”

And so, for future reference, next to Bianca Jagger’s name on your lists, make sure to note: “Posts Nazi stuff when tired.” 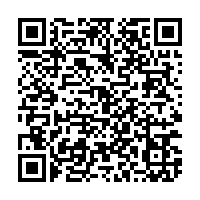