One of the most pressing issues on the agenda of the National Conference of Bnei Akiva, the largest Religious Zionist movement, which took place during Passover in Gush Etzion, Judea, was: Should the participation of the youth movement’s members and graduates in reality TV shows be encouraged, Ma’ariv reported.

Movement alumni Ofir Ben Shitrit and Rudy Beinsin Weiss participated in Israel’s version of “The Voice,” Akiva and Ana’el Shmueli did the “Race for the Million,” and Elinor Rachamim took part in “Master Chef.” As Israel’s National Religious communities—unlike the Haredim—are open to the influences of the secular culture, more and more of them, both current members of the Bnei Akiva youth movement, and its alumni (who’ve just proven themselves as the most influential voting block in Israel) find their way to the TV screens as contestants in local reality shows.


Following a stormy discussion, the conference members voted on the issue and formulated the following statement: “The movement calls on its members to not participate in reality shows that do not befit the movement’s spirit.”

Some in B’nei Akiva noted that the statement lacks specific indications regarding what does and doesn’t “befit” the movement’s spirit, and so it “leaves the door open,” as one member put it, because “nobody really knows which shows do and which don’t complement the movement’s spirit.”

Among the reasons cited against reality TV shows were personal overexposure and egotism. Interestingly, no one at the debate was concerned with women appearing in public, women’s singing or the kashrut of the food, which would have the top concerns for Haredim. “The assumption was that those issues were already properly within the halachic guidelines,” one moderator explained.

Shlomi Shitrit, from the town of Rechovot, was against participation in reality TB shows. “The reality shows are inherently ‘pasul’ (disallowed),” he argued. “The culture of predatory competition is against Jewish principles.”

Adi Reich, from Givat Shmuel, held the opposite view: “I think that through the reality shows we can influence the country, disseminate our values.”

National Conference of Bnei Akiva is held every four years, and is defined as the superior body of the movement, as each platform decision must be carried out by the Secretary General and the movement activists.

“The movement members spoke out clearly in disgust with the negative aspects of the culture,” said Bnei Akiva Secretary General Danny Hirschberg. “We should encourage the creation of a positive culture in line with the values of the Bnei Akiva movement, in clear understanding of the spirit of the movement by which we educate.”

Rabbi Shlomo Aviner, head of the “Ateret Cohanim” institutions, who is associated with the National Religious movement, suggested last year that religious people participating in reality shows commit an offense against the laws of modesty and the general moral values of Jewish life. According to Kippa, Rabbi Aviner said to his disciples these shows are debasing, and that “it’s not the kind of practice that belongs with grownup people” 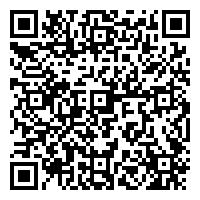