The Israel Security Agency (ISA or Shin Bet), in coordinated efforts with the IDF and Israel Police, arrested a large terror network over the course of January and February of this year. The network was based in Beit Fajjar near Bethlehem. The network’s operatives, members of Fatah-Tanzim, carried out a large number of shooting and firebomb attacks using improvised weapons against the Israeli town of Migdal Oz. None of the attacks resulted in casualties.

Following investigations, the members of the network confessed to having carried out the attacks as well as having planned more shooting attacks in the Gush Etzion region. Their arrests prevented the operatives from executing their plans. The investigations led to the confiscation of six improvised weapons and a dummy explosive device.

Indictments were brought against the terrorists in the military court in Judea for severe security violations including: shooting at a person, membership of an illegal organization, manufacturing weapons and possession of explosive objects.

There has been a significant increase in terror activity in and around Beit Fajjar, and therefore more than 50 operatives from the village have been brought in for questioning in order to prevent further acts of terror. 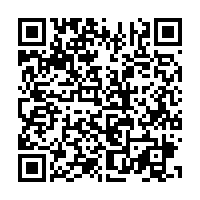