An IDF officer and a second soldier were wounded Tuesday night in a quadruple bomb attack at the Hizme checkpoint, while an hour later five more bombs were defused by IDF sappers.

The IED (improvised explosive device) were detonated by terrorists as the officer was searching a suspicious package planted on the road at the entrance to the checkpoint.


Two pipe bombs were discovered attached to a gas canister shortly after that initial bombing attack, according to local sources. The Adam junction was evacuated for the safety of everyone in the area.

Sappers then discovered five more additional bombs as well, including that which was tied up with the gas canister. The bomb squad carefully worked on dismantling all five bombs at the site.

The IDF officer, meanwhile, was evacuated to Hadassah Ein Kerem Medical Center with serious face and upper body wounds, according to Magen David Adom medics on the scene. The victim sustained head and facial wounds but was fully conscious.

A second soldier was in stable condition after sustaining shrapnel wounds in the leg. He too was treated at the scene before he was evacuated for further treatment.

The Hizme checkpoint is located near the northern Jerusalem neighborhood of Pisgat Ze’ev, not far from the Jewish community of Adam.

The Source Of Financial Success 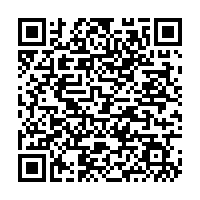