Very often the news media in Israel finds itself forced to report solely on negative events that swirl around relations between the IDF and the Palestinian Authority population.

As a result, it is rare that anyone gets a glimpse at the small daily events that comprise the other side of life in the PA — incidents that make it obvious that coexistence is already a reality and has been a natural truth for many years.


Every now and then, however, a journalist manages to catch a story in action and report it. Following is such an event, courtesy of the Tazpit News Agency…

A police officer and a paramedic team quickly ran to the boy while reporting the incident and calling for additional medical help.

Early examination of the boy showed he was not breathing and had no pulse. The Border Guard officers began to resuscitate him by performing CPR, while removing obstacles in his mouth that had caused him to suffocate.

The Border Guards continued their lifesaving efforts for several minutes until the arrival of a Red Crescent medical team. The boy was then brought to the hospital.

The spokesperson for the Border Guards told the Tazpit News Agency that the boy had been electrocuted. However, thanks to the efforts of the police in those first minutes after the boy’s collapse, doctors in the hospital were subsequently able to save his life in the hospital.

Ehud Amiton contributed to this report. 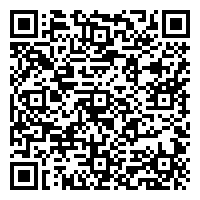