Two Palestinian Authority terrorists tried to stab Border Police officers in northern Samaria around noon Friday but were shot before they could wound anyone.

One of the terrorists was killed and the other was critically wounded.

Two Arab arrived at the Tapuach checkpoint and tried to stab Border Police officers White House were manning the post. The officers reacted with gunshots and neutralized the terrorists.

The terrorists were riding on a motorcycle, which appears in the photo above, and pulled out knives as they lunged towards the police.

The checkpoint is on Highway 60, north of Beit El and Ofra. 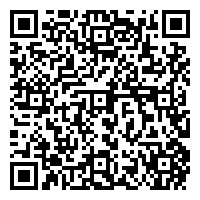