Indictments were filed Friday morning against the 13-year-old terrorist who stabbed and wounded a Jew his own age and a 21-year-old in the northern Jerusalem neighborhood of Pisgat Ze’ev October 12.


The minor, identified as Ahmed Mansara, wanted to murder Jews and become a martyr. He failed on both counts although Palestinian Authority chairman Mahmoud Abbas had declared that Israel “executed” the boy, who was shot and wounded during the stabbing attacks.

Mansara was wounded when he was hit by a car during a chase after him and an accomplice, his 15-year-old cousin Hassan Mansara who was shot and killed.

The bald-faced lie of the “execution” cost Abbas immense damage in the foreign media that like to show him as a “peace partner” who preaches peace but is supposedly blocked by the government in Israel.

Even that was more than Palestinian Authority media could accept, and they quoted the lad as saying as he was abused in the hospital.

Now Mansara has his day in court, which he could forget about in the Palestinian Authority if he had tried to murder an Arab.

The indictment stated that the 13-year-old met his cousin after coming home from school.

They decided to become martyrs after having discussed the political situation, having learned their lessons if not from school then from official Palestinian Authority media that encourages children to let themselves be killed so long as they can murder a Jew first. 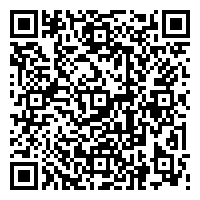