South African anti-Israel groups have proven their agenda that freedom belongs to anyone who agrees with them but is a sin if anyone thinks differently.

Several groups , including the Young Communist League of South Africa and the youth wing of South Africa’s ruling African National Congress party complained on Friday that the pro-Israel lobby is sponsoring trips to Israel. An e-mail from the groups stated Friday:

The Israeli lobby in South Africa is increasingly turning to old Apartheid-Day tricks to entice young South Africans and distract us from our solidarity with the Palestinian people and their progressive Israeli comrades.


The statement singled out the South Africa Israel Forum, one of the organizers of trips to Israel, which it said were barred in 2012 from taking local mayors and officials to Israel.

“They now seem to be targeting students after having failed at a government level,” the groups said, obviously upset that private citizens are exposed to anyone having a different opinion.

Instead of countering with an argument, the Israeli boycotters are resorting to thought control.

A senior body of the ANC decided last December to “join the call for a cultural, academic and education boycott of Israel including travel bans for members and leaders of the ANC.”

The South African groups on Friday maintained that even a private citizen flying to Israel on a “holiday propaganda trip” is in “violation of the policies and positions of Palestinian civil society [who] call for boycott, divestment and sanctions (BDS) against Israel.”

It sounded like the old Soviet Bolsheviks or the Gestapo with a stern warning:

As students and young people we should take it upon ourselves to look for un-biased opinions in order to avoid being misled by organizations geared towards spreading Israeli propaganda.

The funniest, if not saddest, line is:

The organizers of the holiday propaganda trips to Israel try to suggest, like Apartheid South Africa apologists used to claim in the 1980s, that the issue of Palestine-Israel is complicated. We maintain that the issue is simple: Israel must end its violations of international law and oppression of the Palestinian people.

The issue is so simple because it has nothing to do with reality.

It brings to mind a story of a widely-known South African woman, now deceased, who received the Nobel Prize for Literature and was part of the anti-Israel movement.

When she wanted to visit Israel for an arts festival, her colleagues berated her and rejected her argument that “she wanted to see things for herself.” Gordimer stood her ground, visited Israel and told Israeli author and leftist Amos Oz that she wanted to meet a “real-life settler.”

Oz called on me because I live near his home in Arad.

After hearing the “settler” telling her about Jewish-owned land in Judea, Gaza and Samaria, and after hearing about the largely false claims of “Palestinian ownership,” she concluded the conversation by stating:

I must say I am confused.

The South African boycotters are cordially invited to our house in the southern Hebron Hills, but I doubt if they are brave enough to hear a different opinion. 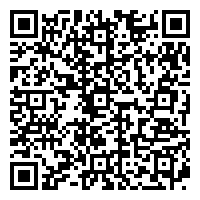