Less than two months ago, Brandeis University publicly released the names of the people who would be given honorary degrees at its 2014 graduation, scheduled for Sunday, May 18.

Who could have predicted that within the short time-span between the announcement and the awarding of the honorary degrees, the two women slated to be honored by Brandeis would both be scrubbed from the event?


One woman – Ayaan Hirsi Ali – was scrubbed by Brandeis. The other – Jill Abramson –  just pulled out because, as explained at the faculty meeting by Brandeis President Fred Lawrence, she “was not looking to take part in the celebratory nature of the weekend” due to her having been fired as executive editor of the New York Times this week.

However, Abramson is apparently a rapid healer as Wake Forest University confirmed that Abramson will be the commencement speaker at that school’s graduation on Monday, just one day after Brandeis’s ceremony.

Geoffrey Canada, the current (he’s leaving sometime this summer)  president and CEO of  Harlem Children’s Zone is still slated to be this year’s graduation speaker. Canada will also be receiving an honorary degree, along with Eric Lander, one of the principal leaders of the Human Genome Project, and longtime Brandeis University Trustee Malcolm L. Sherman.

But the two women on the original list of 2014 Honorary Degree Recipients, international women’s rights advocate Ayaan Hirsi Ali and Jill Abramson, first female executive editor of the New York Times, will not be joining the Brandeis graduating class of 2014 in Waltham, Massachusetts.

Brandeis unceremoniously dumped Hirsi Ali in April. That happened after members and fellow travelers of the school’s Muslim Students Association, in cahoots with a myriad of leftist professors – including a huge chunk of the women’s studies department – brought tremendous pressure on Brandeis University President Fred Lawrence to punish Hirsi Ali for “insulting Islam.”

And now Abramson, in the wake of having been fired, has decided the Brandeis gig doesn’t fit in with her weekend plans.

One Brandeis student is especially disappointed with what has transpired.

“I’m graduating from Brandeis this year and had the university not exercised bad judgment by disinviting Hirsi Ali, we would not be in the position we are in now,” Josh Nass told The Jewish Press by telephone. “How can it be that in 2014 there will not be a single woman honorary degree recipient from Brandeis?”

Rumor has it that the NYT fired Abramson in the wake of her having recently hired a lawyer to represent her in discussions with the paper after discovering she was paid less in two positions at the paper than had the people whom she replaced.

Brandeis junior Daniel Mael commented to The Jewish Press that “beyond the issue of Abramson not showing up at Brandeis’s graduation, it is ironic that the New York Times has become the new icon for the leftist war on women.” 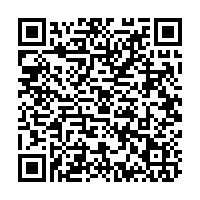