The families of the three Israeli teens who were abducted and murdered by Hamas terrorists this past June 12 in Gush Etzion, have issued a statement in response to the news the suspects were killed today in a shootout with IDF soldiers.

The fugitive suspects were shot and killed early Tuesday morning (Sept. 23, 2014) by IDF troops during an attempt to arrest them in Hebron in a joint action with IDI and ISA units.

“Security forces notified us this morning that our sons’ murderers were killed in the framework of an military action by our forces,” the statement began.

“We take pride in our government and our security forces, for their steadfast persistence in bringing to justice the murderers of our sons.

“The world now knows Jewish blood is not free. We embrace the special operations soldiers who risked their lives to carry out the mission and respond to the challenge, to ensure that Israel maintains its deterrent edge.

“As we begin a new year, we hope now to end this cycle of evil and begin only one of good. We send wishes for a sweet new year to all the People of Israel and in the Diaspora, and offer our thanks to all those here and abroad who embraced and supported us in our time of need.” 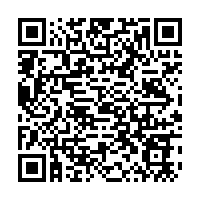