British Prime Minister Theresa May praised Israel on Monday in a speech to the Friends of Israel group in her Conservative Party, calling the Jewish State a “remarkable country” and a “beacon of tolerance.”

May vowed to upgrade bilateral ties in the trade relationship between the two nations, saying the bond between Israel and the UK was “crucial.”


She was blunt about that support: “I couldn’t be clearer,” she said. “The Boycott, Divestment and Sanctions movement is wrong, it is unacceptable and this party and this government will have no truck with those who subscribe to it.”

The address, which took place at a luncheon sponsored by the Christian Friends of Israel, won a standing ovation. She also called the Balfour Declaration, the letter in which the British government decided to endorse the establishment of a Jewish home in Palestine and which reaches its 100-year anniversary in 2017, “one of the most important letters in history.” 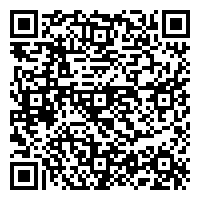