The incoming Trump administration is reportedly searching Jerusalem for a feasible site in which to locate the U.S. Embassy, according to a report broadcast Monday evening by Channel 2 television news.

The report comes on the heels of one earlier in the day quoting senior aide Kellyanne Conway, who told media that moving the embassy from Tel Aviv to Jerusalem was a “big priority” for President-elect Donald Trump.


Conway told conservative U.S. radio talk show host Hugh Hewitt, an attorney who broadcasts with the Salem Radio Network, that Trump “made it very clear during the campaign… and as president-elect I’ve heard him repeat it several times privately, if not publicly.”

She pointed out that such a move would be “easy to do” and wondered why other presidents have not done so, saying that it would be something that Israel, “a great friend in the Middle East” would appreciate. She also noted it is “something that a lot of Jewish Americans have expressed their preference for.”

The Politico website explained in an article on the issue that “The United Nations does not recognize Jerusalem as Israel’s capital and most countries keep their embassies in the vicinity of Tel Aviv.” 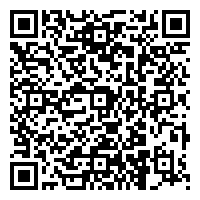