The Zaventem International Airport in Brussels is set to reopen Sunday (April 3) — sort of — two weeks after two suicide bombers blew up the departure hall.

Three symbolic flights to Faro, Athens and Turin will depart as the airport partially restores service.


Fifteen people died and 81 others were wounded in the deadly terror attack at the airport, not counting the bombers or those who later died of their wounds.

A third suicide bomber blew up a metro station in the Belgian capital close to the headquarters of the European Union, within an hour after the attack on the airport. Fourteen people died in that attack, and 220 others were wounded.

The two attacks were linked and the Da’esh (ISIS) terror organization claimed responsibility for both.

“I am very pleased and proud to be able to announce that tomorrow, Sunday 3 April, Brussels Airport will be able to welcome its first passengers after the devastating bomb attacks,” said Brussels airport CEO Arnaud Feist in a statement on Saturday afternoon.

“I am extremely grateful to all airport staff, federal police and the federal government for their efforts and commitment. These flights are the first hopeful sign from an airport that is standing up straight after a cowardly attack.

“That we are able to make this start only 12 days after the devastating attacks is a sign of our collective strength at Brussels Airport,” he added.

But there is no public transportation in the area and the airport can only be reached by car or taxi. The first three flights are symbolic only.

“In the coming days, we will examine the possibility of restarting other means of transport, such as bus and train”, Brussels airport officials said.

Israel Adds US, Canada to List of Countries Banned for Travel 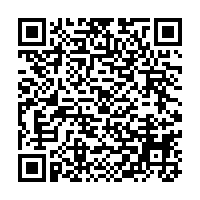