The makers of a Gaza TV candid camera show in honor of the month of Ramadan were wondering how would rank and file Gazans respond if they realized that there are a couple of Israelis standing and walking in their midst. The concept was funny enough, and the two actors, Chouikh and Abu Zubaydah, depicting the hapless Zionists were equipped with a visual aid, just in case their subjects didn’t get the idea from their mix of broken English and Arabic — they each had an unmistakable, blue and white Israeli flag printed on their shirts. And so, with the hidden camera rolling, the two brave actors showed up in different parts of Gaza City, in front of a variety of astonished local men of all ages.

The funniest reactions were those of irate Gazans who grabbed the provocative Israeli before them and started beating him up, and the canned laughter loved those scenes. Some of the violent responses immediately followed the appearance of the blue Star and David between two parallel lines; others emerged following an exchange with the actors, in a clothing store, on a soccer field, on the street in front of a warehouse. Each time, the actor under attack, occasionally under a mob attack, would start yelling, “It’s a hidden camera” and urged the crew members to save his life.


But there were less violent, and more introspective reactions, too, when the subject would enter a lengthy argument with the two actors over their proposal that he become Israeli, for instance, because Israel is a mighty superpower. Unaware of being on camera, several subjects stood up to declare their fealty to their nation and their faith, expressing their anger at the provocation.

In one exchange, early on, one of the actors tries to speak Hebrew to a subject, who is older and therefore versatile in the language. What develops is a strange dialogue between a faux Israeli who can barely finish a sentence in Hebrew, and a Gazan who speaks fluent Hebrew. The actor asks, “Ma shlomekh,” how are you, except in the wrong declension, using the female form. His subject forgives the mistake, answering, “Barukh Hashem,” as many Israelis would.

Despite the obvious rage many in the video, especially the younger ones, unleash at the mere sight of an Israeli avatars, it is clear that Israel, Israelis and their own identity in relation to the Jewish State are central to the culture and the communal psyche in Gaza. The fact that the video makers manage to treat the tension over the subject matter with humor, albeit lowbrow humor, suggests there may be more under the shallow surface of hatred and denunciations, including a longing for a time when the sound of Hebrew in the streets also represented prosperity, more personal safety and probably more humor. 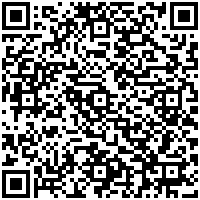