President Reuven and First Lady Nechama Rivlin on Sunday morning attended an interfaith meeting at the site of the Church of the Loaves and Fishes at Tabgha, following the completion of the restoration of the building after it was the victim of vandalism and an arson attack around a year ago.


Absent were any Muslim dignitaries. We sent an inquiry to the folks in charge of the event and will update you as soon as they get back to us.

The President opened his address by noting, “The last time I was here, we stood together and looked at the burnt walls and the terrible graffiti. Today, I visit here again, and see the renewal of this historic, special, and holy place. I want to thank all the people who worked hard to restore this place, and to say clearly; that hate cannot win.”

He went on to say, “Close to us is the Kinneret, the Sea of Galilee: a source of water and life for the people of the Holy Land for many generations. When it is full of water, we all benefit. When it is empty, we all suffer. We are bound together. We are all equal before God, and equal before the law.”

The president concluded, “We do not need to look very far to see what the alternative is. People being killed in a terrible war, because of their faith. To those who say that God wants us to kill, I say – we all say together – that God wants us to live. May we all live not just side by side, but together, in mutual respect, and understanding.”

The Archbishop of Cologne, Cardinal Rainer Woelki, welcomed the president, and all the participants and said, “Today is a time of great joy and friendship.” He noted that “many have contributed in different ways to the renovation of the site here at Tabgha. Mr. President, It is a special honor to welcome you on your second visit here. I know that you and your office have been very important in helping the recovery since the fire.” He added, “It was very warming to hear from the local people how, after the arson attack, so many people across many religions in the Holy Land, came to show their solidarity.”

Rabbi Alon Goshen-Gottstein spoke of the importance of the meeting between the different faiths and said, “The young boys who burnt this Church, attacked Christians who they did not know. The root of our problem is an estrangement, we do not know each other’s face.: He added, “Following the arson attack, I was able to convene the Speaker of the Knesset together with around 20 Rabbis, and enlist thousands of supporters across the Jewish world to express their hope for friendship. This is the legacy we have to take away from this event. If we don’t make friends we will have the next arson, and we must be dedicated to the mission of friendship, learning, and partnership.”

Sheikh Muwaffak Tarīf, spiritual leader of the Druze community in Israel, said, “Our standing here today, together with other faiths and communities, with the President, and this celebratory event – this is the eternal answer to all those who wish to harm the unity of the peoples of faith in the Holy Land and to bring about a rift between the faiths. We especially must say in the clearest possible way, that we will not support any who wish to destroy the connection between the faiths. We will be a bridge of peace, unity, and love.”

Germany’s Ambassador to Israel, Dr. Clemens von Goetze thanked all those who had played a role in restoring the site, and said, “We stand here and see with joy the beautiful renovations, and that the church could be reopened with such highly esteemed guests,” and added, “It is very important that we do everything in our power to assure that an event like this attack cannot be repeated,” He continued, “It gives us great pleasure, Mr. President, that you came immediately after the event and again today – because this represents your own personal courage and commitment and that of the State of Israel to ensure that the places of worship of all faiths in this country will be protected as will the rights of all the faiths of the Holy Land.” 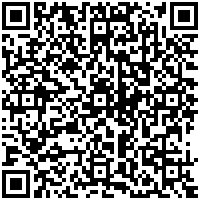