The IDF has confirmed 2nd Lt. Hadar Goldin, 23 of Kfar Saba is suspected to have been abducted by Hamas terrorists at approximately 9:30 am Friday morning. His family has been notified, IDF officials said. (His family has asked the public to please pray for the safe return of Hadar ben Hedva Leah.)

Two additional IDF soldiers were killed in the same attack; their families have been notified, the IDF Spokesperson said. Their names have not yet been released.


The group of terrorists who carried out the attack, which occurred in the southern Gaza border town of Rafah, included a suicide bomber.

Goldin was allegedly grabbed and dragged into a tunnel by terrorists who emerged from the shaft while the suicide bomber detonated himself nearby as a diversion, sources said.

“The incident is ongoing and the IDF is in the midst of operational and intelligence efforts to track down the soldier,” the IDF said in a statement.

The abduction effectively ended a cease fire that was barely underway. Some 40 Gazans were killed and more than 100 wounded by Israeli shelling in the hour that followed the attack, according to local reports.

Rocket and artillery attacks on the Eshkol Regional Council district had resumed by 10 am, indicating a total collapse of the cease fire.

Asked if the cease fire was over, IDF spokesperson Lt.-Col. Peter Lerner told media in a conference call, “Yes. We are continuing our activities on the ground.”

The Kerem Shalom border crossing was immediately closed. Roadblocks were set up at various intersections on route 232 near the Gaza border as well.

At the time of the attack, the soldiers were involved in neutralizing a terror tunnel. Two soldiers wounded in other clashes in the border town were airlifted by helicopter to Soroka Medical Center in Be’er Sheva.

A spokesperson for Hamas claimed the attack took place prior to the start of the humanitarian cease fire window, at 7 am, during an exchange of heavy gunfire between IDF soldiers and Hamas terrorists in southern Gaza.

U.S. Secretary of State John Kerry spoke with Prime Minister Binyamin Netanyahu shortly after, according to a spokesperson for the White House. The White House issued a statement early Friday afternoon saying that if it proved true that Hamas had abducted a soldier, it would be a “barbaric” violation of the cease fire. That changed quickly when the truth became obvious.

Netanyahu informed Kerry that Hamas will bear the consequences for its “gross violation” of the cease fire, and its apparent abduction of an IDF soldier.

Meanwhile, a spokesperson for Palestinian Islamic Jihad terrorists said Egypt told the group that a planned meeting in Cairo was postponed ‘until further notice’ following notification by Israel of the soldier’s abduction by Hamas.

The European Union, however, has called on Israel and Hamas to renew the cease fire. EU foreign policy chief Catherine Ashton told media that member nations are “very troubled” by the resumption of hostilities. Ashton said it was “essential” for renewal of the truce, which must respect and end the killing of civilians. 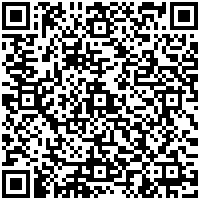