The Zara clothing firm fell ‘fashion flat’ this week with a toddler tee shirt allegedly intended to be a “sheriff’s shirt” for little ones in Israel.

The shirt, produced in Turkey, appeared instead to be an ugly, sly swipe at Jewish Holocaust survivors with its yellow, six pointed star sewn on to a dark navy-and-white striped long sleeve shirt.


Israel has no “sheriffs.” Moreover, the word ‘Sheriff’ vanishes in letters that are transparent, outline shapes on the bright yellow fabric of the star.

To survivors of the Holocaust and their relatives and friends in Israel, that message is crystal clear. It is especially loud after recent fiery rhetoric from Turkey’s new President-elect Recep Tayyip Erdogan, who has made his dislike of Jews and Israelis very plain over the years.

Produced is Turkey, the garment is sold online, but apparently only in the Israeli outlet. Dimi Reider, an Israeli journalist and Associate Fellow at the European Council on Foreign Relations (ECFR), took a sarcastic poke at the item in a post on his blog for +972 on Wednesday.

“A striped pijama with a yellow star for your child… It’s a SHERIFF shirt for your three year olds. Obviously. What else could it be?”

Reaction by The Israel Project: “Unbelievably awful.” Others who commented in response to the post wondered why the firm would sell a “sheriff” shirt in Israel where the law enforce system does not include that category. “Aren’t any sheriffs anywhere else?” the writer asked.

This is also not the first time Zara has faced controversy over anti-Semitic Holocaust imagery, though the firm operates 17 stores in Israel as well as elsewhere around the world.

Obviously, the company needs a buyer who understands multi-culturalism a bit better.

In September 2007, the fashion chain was forced to withdraw a line of handbags from its stores in Britain after it was pointed out the design featured Nazi swastikas. The bag had been produced in Asia, however, where the symbol also carries ancient cultural significance.
Zara is owned by the Spanish company Inditex, a fashion distribution group with more than 5,500 stores in 86 countries in Europe, North America, Asia and Africa. Inditex also owns Pull & Bear, Bershka, Stradivarius and several other fashion outlets. Pull & Bear and Bershka both have outlets in Israel as well.

Zara apologised this afternoon for marketing this product. In a Twitter message, Zara said “We honestly apologize, it was inspired by the sheriff’s stars from the Classic Western films and is no longer in our stores.” 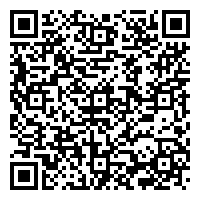