Another Saturday night of grabbing the kids — or each other — or just a towel if you were in the shower, and running to safe spaces for people living in communities within seven kilometers of Israel’s border with Gaza.

Residents of the Sha’ar HaNegev district in southern Israel were sent racing for shelter at 10:30 pm Saturday night (Sept. 19) when the Color Red incoming rocket alert siren was triggered.


It took at least 10 minutes for the “all clear” to be received and then more time for security personnel to figure out where the rocket had, or had not landed.

By 11:08 pm officials tagged the event a “false alarm.” At least 20 minutes earlier, however, it had become clear to local sources that fortunately there had been a “misfire” in Gaza and the projectile had apparently landed within the enclave.

That did not help parents who still were faced with having to calm their suddenly-awakened, re-traumatized children, of course.

Recent studies show that nearly 80 percent of children in southern Israel suffer from trauma and anxiety disorders due to a decade of rocket fire from Gaza. 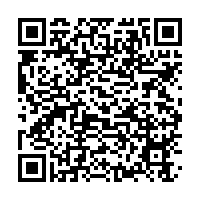