Over 1500 Anti-BDS activists bridged political, geographic, religious and generational divides to pack the UN General Assembly Hall for an anti-BDS summit hosted on Tuesday by Israel’s Mission to the UN. The event kicked off a larger initiative aimed at consolidating efforts to contend with the Boycott Divestment and Sanctions movement, fittingly entitled “Build Bridges, Not Boycotts”.

The day-long event grew out of a dawning realization that the State of Israel, world Jewish communities, and the numerous groups attempting to mount a response to BDS on their own, must join forces if inroads are to be made against the organization that has been attempting to pressure businesses, artists, and academics to blackball Israel for eleven years.

“YOU are the Iron Dome of the State of Israel,” Danon announced from the podium. “If we stand together, we can do this. One day you will tell your children – I was there when they stopped BDS.”

“I’m here today to get informed”, said Flo, president of student government at Brooklyn College, “we’ve had some issues on campus”. The 22 year old related the divisive effect that BDS can have on university life, “We have students who get riled up, and students who feel unsafe”.

For many of the students present the highlight – and the hero – of the day was reggae artist Matisyahu. The Jewish American singer had his own run-in with BDS last summer when was abruptly uninvited from Spain’s Sun Splash music festival following his refusal to discuss his views on Israel. After an ensuing uproar where the World Jewish Congress reached out to Spanish Prime Minister Mariano Rajoy, the festival apologized, reinstated Matisyahu, and revealed that BDS strong-arming had been behind the decision to drop him.

When Matisyahu finally took the stage in Spain in front of a decidedly unwelcoming crowd, he belted out the song Jerusalem. The performer, who did an encore of Jerusalem at the UN on Tuesday, has since become a vocal anti-BDS activist.

“When you see someone like Matisyahu, who is so much bigger than you, and he’s standing up for what you believe in, it makes you feel like there’s someone behind you. You’re not alone”, said Rambam Mesifta student Naftali, at the UN for the day with friends from his Lawrence, New York high school.

Although so far the teens have so only encountered anti-Semitism on social media, they say are preparing for the day it will become face-to-face, which they consider all but inevitable. The boys are also fans of their host for the day. “I admire Ambassador Danon because he uses his power to take a stand and make a difference, instead of just having power for the sake of it”, explained Eli, another Rambam Mesifta student. Along with the rest of the participants, each of the friends left with a copy of A Guide for Combating Modern Day Anti-Semitism.

After a moving speech by Justice Rubenstein, who closed his remarks by proclaiming Am Yisroel Chai, several attendees were overheard expressing doubt that the BDS situation would ever improve. 62 year old New Yorker Sol was more optimistic. “Don’t give up, even miracles can happen,” he reminded those nearby.

As if to help Sol make his point, not 10 minutes later in the UN General Assembly – not normally the most embracing environment for Israel – 1500 voices could be heard singing the Israeli national anthem, HaTikva. 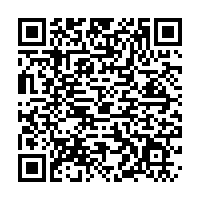