If Europe wants to enjoy the benefits of what could be the largest free trade deal in history, the leaders of its member nations will have to pay a price: they must agree to reject the anti-Israel Boycott, Divest and Sanctions (BDS) movement, say two U.S. Representatives – one from each side of the political aisle.

The Israel Trade and Commercial Enhancement Act was formally submitted Tuesday afternoon (Feb. 10) on Capitol Hill under bipartisan sponsorship, which is expected to smooth the way for rapid passage.

Additional co-sponsors are to be recruited to the measure after its introduction to the floor. The two lawmakers said they are optimistic the bill will pass through the House of Representatives.

It’s a great deal. It is estimated the measure could add as much as 0.5 percent to the European Union’s annual economic output. The flip side of it, however, involves how the bill impacts the ongoing free trade negotiations between the U.S. and the EU. Foreign companies traded on U.S. stock exchanges will have to disclose links to BDS activities, and whether they have faced any pressure for avoiding participation in any boycotts.

“The bill … establishes a clear U.S. policy of opposing BDS as detrimental to global trade and regional peace and stability,” the two lawmakers wrote in their introduction to the legislation. They also noted that the measure was created in response to a growing trend among countries “primarily in Europe, to isolate and delegitimize Israel through BDS for political purposes.”

“Today, an alarming number of countries within the European Union and beyond have embraced BDS as a form of economic warfare aimed to cripple Israel’s economy and demonize its very existence. These attacks not only threaten Israel, but commercial relations across the globe,” Roskam told reporters.

“The US-Israel Trade and Commercial Enhancement Act will ensure that American free trade partners never engage in this harmful and illegitimate political protest against Israel, while also protecting US companies from foreign lawsuits targeting their associations with Israel.”

Vargas likewise noted, “BDS is a harmful political tactic which seeks to undermine and diminish Israel’s economic strength. We need to reassure our commitment to our ally in the region by clearly defining US policy to oppose this practice and dissuade other nations from adopting BDS policies toward Israel.”

The measure also unequivocally underlines the “strategic importance of trade and commercial relations to the pursuit of sustainable peace and regional stability,” making it clear that boycotts break down the potential for peace between Israel and the Palestinian Authority, the lawmakers said.

Perhaps that bit of wisdom should be directed towards the PA headquarters at its capital in Ramallah: Its latest anti-Israel economic boycott has just been launched, punishing local merchants far more than Israeli manufacturers. Worse, the boycott reinforces for Israelis the utter futility of attempting to secure any lasting agreement with anyone who claims to lead the Palestinian Authority.

Arab governments in the Middle East come and go, and so do those who lead the Arab residents of Judea, Samaria and Gaza. The PA commitments in particular – on paper or otherwise – can be likened to a ritual courtesy one carries out in ceremonial garb. They mean everything for the moment, but are instantly put aside when “reality” steps back into the scene. In that moment, all is forgotten and anything goes, as happened with the obligations of the internationally recognized Oslo Accords.

A bill such as the Roskam-Vargas measure is invaluable, coming at a time when a European groundswell of anti-Semitism appears to be growing into a tsunami and the U.S.-Israel relationship appears to be floundering in ways never seen before. The entire Middle East is in disarray, and Israel may be facing an existential threat from Iran as it gallops towards a nuclear military threshold. It is precisely now, as Iran strengthens its terrorist guerrilla proxies to the north and south of Israel’s borders, that the Jewish State most needs the support of its friends in the international community.

How fortunate that the lawmakers in Congress have chosen this moment to reaffirm — and concretely demonstrate — America’s commitment to Israel, and to underscore the strong relationship both nations share. 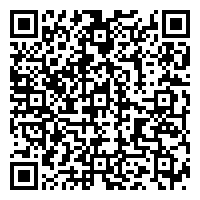