The terrorist who killed two people in two consecutive attacks in Copenhagen Saturday and in the pre-dawn hours Sunday pledged allegiance to the Islamic State (ISIS), IBN-CNN reported.

Omar Abdel el-Hussein had posted on his Facebook page, “I pledge allegiance to Abu Bakr [ISIS leader Abu Bakr al-Baghdadi] in full obedience in the good and bad things. And I won’t dispute with him unless it is an outrageous disbelief.”

El-Hussein was armed with two guns when police killed him in a shoot-out after he fled the scene where he gunned down a Jewish volunteer guard at a synagogue and wounded two nearby policemen.

El-Hussein killed a Danish filmmaker in the attack on a Copenhagen café where he wanted to murder his real target, cartoonist Lars Vilks, who drew the Prophet Mohammed as a dog in 2007. Bodyguards escort Vilks wherever he goes and hustled him into the kitchen of the café when el-Hussein opened fire.

The question now remains whether two men arrested on Monday as suspected accomplices also pledged allegiance to ISIS. They have been charged with providing and disposing of el-Hussein’s murder weapon and with helping to hide him.

The Jewish Press reported here Monday that the ISIS has spawned World War III. Leftist media do not want to define it that way, and analysts are doing their best to assume Muslim terrorists are innocent of links to ISIS until proven guilty.

Foreign Policy, a widely respected and followed magazine and news website in the United States, wrote on Monday regarding el-Hussein and the ISIS:

We still don’t know,” Rep. Adam Schiff, top Democrat on the House Intelligence Committee, said Sunday. He said the U.S. intelligence is working with Danish authorities in the investigation.

Was there an affiliation with al Qaeda or ISIS? Was this self-radicalization? Was this a copycat of what happened in Paris?” Schiff (D-Calif.) said on This Week With George Stephanopoulos. “It’s still too early to tell.”

Now it is not. 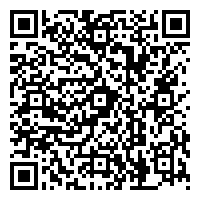