In Iran, the death toll from the coronavirus rose to eight victims this weekend, with 43 more cases of the illness confirmed, according to the World Health Organization (WHO).

Iran reported its first cases of the virus just last Wednesday, when the first two deaths were also reported, two elderly patients in the holy city of Qom.

The Iranian government closed down schools and religious seminaries in Qom in an effort to stem the spread of the virus.

Schools in Tehran and four other cities were closed as well for the first two days of this week, beginning Sunday, in order to allow time for disinfecting. Cinemas and theaters were also closed in Tehran and 13 provinces. Public buses in the capital are being disinfected and people are being urged not to shake hands.

Farhadi said on Saturday that arrangements had been made with medical universities across the country for the daily disinfection of airports, bus terminals, and means of public transit in cities such as buses and subways.

Farhadi underlined the priority in containing the novel coronavirus is to observe personal hygiene and “wash the hands all the time.” He advised people to “avoid unnecessary presence in public places, camps, excursions and the means of public transportation.”

Both Turkey and Pakistan closed their borders with Iran, and Turkey also halted incoming flights in an effort to stop the potential spread of the coronavirus after the most recent report on the illness. The land border between Pakistan and Iran was sealed, according to a provincial official in Pakistan.

All highways and railways were closed at the border, and flights from Iran were suspended, Turkish Health Minister Fahrettin Koca said Sunday, according to The Guardian. Flights from Turkey into Iran were still being allowed.

The head of the Public Relations Office of the Iranian Health Ministry was quoted by Tasnim as saying, “At least 785 out of thousands of people with flu-like symptoms going to hospitals and clinics have been placed under special medical care for further examination.” 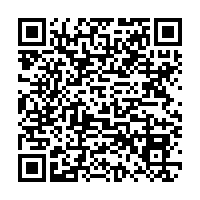