Unconfirmed reports said both PIJ deputy head Akram al-Ajouri and Ziyad Nahalwe were killed in the targeted assassination strike carried out in Damascus.

#BREAKING: #Israel Air Force is back to #Syria‘s airspace. #Syria Arab Air Defense Force is now trying to shoot-down the precision guided missiles dropped and launched by #IAF fighter jets at #IRGC & #SAA targets around #Damascus. Here is the first video which I received. pic.twitter.com/zOmIXbMCG1

In response to the attacks, a spokesperson for the PIJ terror group said, “Our next targets will be Ashdod, Be’er Sheva and Kiryat Gat.”

Target in Syria was ‘Hub of PIJ Activity’
Among the targets in Syria was a compound use as a “hub of Islamic Jihad activity in Syria” in addition to “dozens” of terror targets belonging to the group across the Gaza Strip.

The IDF said the strike on the Islamic Jihad compound south of Damascus, located in the area of Al Ad’leyeh targeted a site where the terror group conducts research and development of weapons by adapting them to manufacturing in Gaza and for local manufacturing in Syria.

Also at that site, PIJ manufactured dozens of kilograms of “AP” – also known as ammonium perchlorate, one of the base elements used in composite propellants when creating solid rocket fuel for solid-propellant rockets. In addition, the site served as a technical training camp for terrorist operatives from Gaza and from the north, according to the IDF.

Among the targets were underground structures and compounds near Rafah in southern Gaza, which were being used to store materials used to produce rockets.

In addition, in Khan Younis the IAF struck the headquarters of the PIJ Khan Younis Brigade, which included a compound for training with anti-tank missiles as well as military equipment used by the group’s naval commando force.

“The attacks were carried out in response to the attempted terror attack this morning on the perimeter fence and the launching of rockets from the Gaza Strip into Israeli territory,” the IDF said in a statement late Sunday night.

“The IDF will respond firmly to Islamic Jihad terror operations that endanger Israeli citizens and violate its sovereignty,” the IDF said.

“The IDF views the rocket attack towards Israeli territory with great severity, is prepared and will continue operating as necessary against attempts to harm Israeli civilians.” 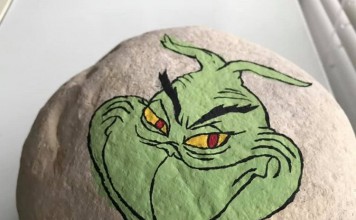 How the Grinch stole Yom Kippur and Sukkot