When the retiring Senator Barbara Mikulski (D-MD) announced her support for the Nuclear Iran Deal yesterday, Sept. 2, hers was the last vote commitment in support needed to defeat hopes of a veto override. However, the pile on today of three more Senators expressing support for the deal was still painful for its opponents.

New Jersey’s Senator Cory Booker was someone opponents considered a possible “no” vote, in particular given the extraordinarily high praise given to him by Rabbi Shmuley Boteach, someone who has known and been close with Booker since the then Rhodes-scholar was at Oxford where Boteach ran an organization for Jewish students. Boteach studied Torah with Booker during his time at Oxford.

At a recent event Boteach held with New Jersey Governor Chris Christie specifically to call upon Booker to oppose the deal, Boteach gave several reasons why he believed Booker would not support it.

Boteach recounted that when Booker was mayor, he refused to perform heterosexual marriages until gay marriage was legalized. With such a strong position, Boteach questioned, how could Booker possibly validate a regime that publicly hangs homosexuals.

The Englewood rabbi also said that a “senator at the forefront of prison reform in the United States could not legitimize a government that locks up thousands of people just because they are political opponents of the regime.”

However, on Thursday, Sept. 3, Booker announced his support for the Nuclear Iran Deal. But his statement suggests that the entire negotiations process was wrong from the start, and culminated in a deeply flawed deal. He said the following in the announcement of his decision:

We began negotiations with Iran at a time when our sanctions regime was having its most significant impact on the Iranians. We were gaining maximum leverage on Iran through coordinated economic sanctions with our international partners. We joined with our partner nations at the outset of negotiations with the stated intention of preventing Iran from having the capability to get a nuclear weapon.

Unfortunately, it’s clear we didn’t achieve that objective and have only delayed — not blocked — Iran’s potential nuclear breakout.

But, with the JCPOA, we have now passed a point of no return that we should have never reached, leaving our nation to choose between two imperfect, dangerous and uncertain options. Left with these two choices, I nonetheless believe it is better to support a deeply flawed deal, for the alternative is worse. 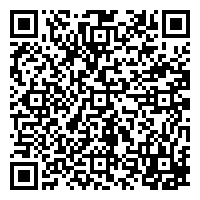