Prime Minister Benjamin Netanyahu met Friday night with heads of the security establishment after a young Border Guard Policewoman was murdered and others wounded by terrorists near the Damascus Gate entrance to the Old City hours earlier.

Netanyahu and defense officials met to assess the situation and determine what steps might be taken to prevent further attacks.


Due to the number of terror attacks that have taken place at the site, the prime minister’s office said in a tweet it was decided to transform the Damascus Gate area into a “sterile space.” No further details were made available to media. 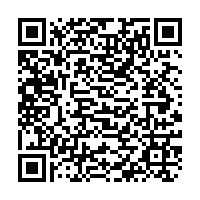