Prime Minister Benjamin Netanyahu said in a statement, “I express deep sorrow on the passing of former German Chancellor Helmut Kohl. Among the State of Israel’s greatest friends, he was completely dedicated to its security.


“Kohl was the leader who united Germany with a determined and steady hand. His admiration for Israel and Zionism found expression in my many meetings with him and in his resolute stand in favor of Israel, which he constantly presented in Europe and in international forums. I send condolences to the Kohl family and to the German people.”

Kohl led Germany in the closing months of 1989, during the time of the fall of the Berlin Wall, and the end of the Cold War that had gripped the world since 1945.

It was Kohl who was tasked with the monumental project of bringing together both sides of his divided nation, and then uniting Germany with the rest of Europe. 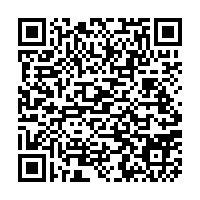