Israel’s Ambassador to the United Nations Danny Danon slammed an attempt by a former Algerian government minister on Tuesday this week (June 20) in the UN Security Council to characterize the Jewish State as a Nazi jailer imprisoning the people of Gaza.

“Algerian diplomat Lakhdar Brahimi, a former Algerian foreign minister, former UN special envoy to Syria and member of “The Elders,” reported to the Council that a Palestinian woman in Gaza told him that, ‘Israel put us in a concentration camp’ [but] during his briefing, Brahimi made no mention of Israel’s legitimate right to defend its citizens,” Danon said in a statement sent to JewishPress.com.

“The Security Council has provided a platform to anti-Semitic comments and a malicious blood libel,” the Ambassador said.

“This one-sided obsession with Israel is beyond the pale. To accuse the Jewish State of using concentration camps is not only despicable, but it degrades the Security Council and the UN as a whole. We demand that the Security Council renounce Brahimi’s statement immediately.” 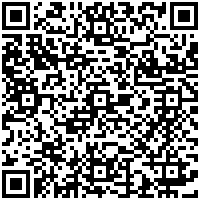