A refreshing change in political – and Jewish – leadership is seeking to sweep into the New York City Council. This ruach comes in the form of Melissa Jane Kronfeld – MJ, as she is known – who is campaigning to represent District 4, which includes the Upper East Side, where she’s lived nearly all her life, parts of Midtown, and a part of the East Village.


Kronfeld grew up a fairly typical Jewish New Yorker from the Upper East Side. After completing master’s and PhD degrees in Global Affairs and a five-year stint at the New York Post, Kronfeld prefers to analyze the problems and create fresh strategies, rather than running with either party’s standard platform and staid solutions.

For example, one of her top priorities is tackling the idea of homelessness. “There are 60,000 New Yorkers who are homeless, 20,000 of whom are children – that’s not acceptable in one of the wealthiest cities in the world,” Kronfeld says.

Homelessness is a huge problem in District 4, it’s also one that Kronfeld’s opponent, the Republican-party backed candidate Rebecca Harary, prioritizes. Harary is a Sephardic Jew who recently moved into the District.

But Kronfeld’s solution differs from the standard political fixit.

“Lawmakers tasked with the homeless problem deal with the population as a monolith, with their proposed solutions similarly monolithic: build more shelters,” Kronfeld told the JewishPress.com. “But New York City’s homeless fall into three distinct categories, each of which requires different approaches and solutions.”

Nearly 50 percent of New York’s homeless are working full-time, according to a recent report, which means they can and do work, but still cannot cover the cost of housing. This segment of the homeless population “would thrive with established apprentice work, with skills-training and assistance in sorting out housing issues,” Kronfeld says. This focused training and support would enable them to rise from and stay out of the ranks of the homeless, and “would propel folks with established work values to become home-dwellers and contribute to society,” Kronfeld explains. “That’s a big chunk of the problem for which there are realistic and relatively easy solutions.”

Families comprise another distinct homeless group, which, according to Kronfeld, “need to be in temporary housing with a stable routine where they can develop life skills.”

Homeless families require completely distinct services – not shelters – from both the working homeless and from the third group, the ones for whom shelters make sense – these are the seriously mentally and/or physically ill homeless individuals.

“All three groups are thought of as having the same needs and lack of abilities,” Kronfeld says, “no wonder the problem seems intractable, and the ‘solution’ of throwing ever-increasing amounts of money at it does nothing to change that.”

How did Kronfeld become a public-private partnership-oriented, self-reliant conservative?

While attending college in Washington, D.C. in 2004, Kronfeld was active with the Democratic National Committee. She worked in media affairs with Donna Brazile and helped out on John Kerry’s campaign. She says it was then that she began to become “disillusioned and disenchanted.”

Next, Kronfeld did a five year stint with the conservative-leaning New York Post. The opportunity to learn how the City works, and to witness the widespread, systemic dysfunction “was eye-opening,” she relates.

While working on her master’s degree in 2008 at New York University, her International Politics professor assigned the class to give a talk about for whom they were voting, and why. Kronfeld said she came to what she knew would be an unpopular conclusion. One after the next her classmates spoke about their support for Barack Obama. There was a collective gasp when Kronfeld explained why she supported John McCain.

That research and her conclusion launched Kronfeld into the world of Republican – or at least not Democratic – politics. It also led her to become more directly engaged. She joined the Republican Jewish Coalition in order to support McCain, and she also joined the American Israel Public Affairs Committee.

Over time, Kronfeld realized she wanted greater personal involvement with issues that mattered to her. She left the rigidly and multi-layered heirarchies such as AIPAC, joining instead the grass-roots Zionist Organization of America, eventually becoming co-chair of the New York ZOA board.

While in high school, Kronfeld’s parents sent her on a three-month Zionist youth program and she came back indelibly committed. Kronfeld recognizes Zionism as a “movement by the indigenous people for our Homeland.”

Her ZOA co-chair, Dr. Marvin Belsky, describes Kronfeld as someone with an “organizing ability to accomplish what she promises,” who has “an amazing track record of leadership.” While Belsky pointed out that he knows her in a Jewish and Zionist context, “she would be an excellent representative for all New Yorkers,” and would be “a great asset to the political life of New York City.”

Growing up, Kronfeld’s Jewish role model was her family’s rabbi – “she was young, she was beautiful, she loved Judaism, and she was always eager to answer any question I raised.” That rabbi’s love for Judaism stayed with kronfeld, although she now davens with Chabad.

Kronfeld’s understanding of her faith inspired her to run for office. Confidently contradicting the widespread misunderstanding of the concept of Jewish “chosenness,” Kronfeld knows that Jews were not chosen because they were special. Jews were chosen “because God has burdened them with additional responsibilities,” ones she believes include “leaving the world a better place than you found it.”

This insight also led Kronfeld to begin Party For a Purpose, a social impact consultancy which assists non-profits. “It was killing me that so many wonderful organizations spent the bulk of their funding on outsourcing for events, advertising and fundraising instead of on their missions.”

When organizations began asking Kronfeld to help them make the connections, she realized that missing piece should not be ad hoc. Kronfeld launched Party For a Purpose, which also encourages non-profits to work collaboratively to conserve resources, reduce redundancies and maximize effectiveness.

The skills she put to use in PFAPNYC are ones which logically enhance her effectiveness as a leader. One example is her campaign plan to encourage storefront sharing.

“Huge companies come in and buy up all the available real estate, then drive up the rents and the small boutiques and private retailers cannot survive – the result is lots of empty store fronts littered throughout the District, as small businesses flee the neighborhood,” said Kronfeld.

Kronfeld wants to encourage the City to help complementary businesses find each other and share the rent. She offers an example: one business that sells upscale children’s shoes and another that sells children’s clothing – they aren’t in competition, the customer base is the same and if they survive where neither one could alone, that yields a win for the corner restaurant and improves the tax base all at the same time.

One successful New York businessman who lives in Kronfeld’s district, David Steinmann, had this to say about her: “MJ will get up every morning asking herself what is best for our City. She is crystal clear about her values and the things she believes our City needs. And she has the integrity to stick to those values and goals,” he said. Adding, “I support her because she is running to do the right thing for our City. Pat Moynihan, whom I also supported, was the same kind of ‘politician.’”

The Upper East Side is overwhelmingly Democratic, but Kronfeld believes her vision – which she calls “progressive conservatism,” will have wide appeal regardless of party affiliation. That’s a good thing because she won’t only be battling it out with the more than half dozen Democrats competing for the City Council seat.

In 2015, Kronfeld was approached and asked by the local Republican party to run for the New York State Assembly. While doing her due diligence for that post, however, Kronfeld saw that her City Council representative Daniel Garodnick was term-limited, meaning the seat would be open. Kronfeld chose to run for that seat, as she is much more familiar with and excited about representing the neighborhood in which she lives and grew up. While that hasn’t sat well with the local party officials, Kronfeld, the “progressive conservative” maverick, is giving it her all.

The primary is September 12, 2017; Kronfeld and the other candidates are in the petition-gathering stage of the campaign. 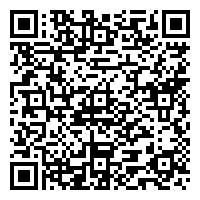