The decision came, according to al-Jarida, in response to U.S. and Iran secret talks—behind Israel’s back—over Iran’s nuclear program.

According to the report, Netanyahu et al agreed after four nights of deliberations (not 1,000 nights, mind you) to assign IDF chief of staff Benny Gantz the preparation of an attack against Iran’s nuclear facilities.

The same sources said Gantz prepared the plan, for which Israeli fighter jets trained over several weeks, including test flights in Iran’s airspace, after breaking through its radar.

However, goes the Al-Jarida report, a certain Israeli minister “who has good ties with the U.S. administration,” revealed Netanyahu’s plans to Secretary of State John Kerry, and, as a result, Obama threatened to shoot down those pesky Israeli jets before they could reach their targets in Iran.

As a result, Netanyahu had to abort the operation and since then relations between Israel and the United States have been declining, concludes the report. 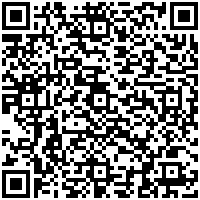