Is it possible that Justice Minister Ayelet Shaked (Habayit Hayehudi) initiated the legislation that so upset Supreme Court President Miriam Na’or not so much to make constitutional changes at a breakneck speed, but instead as a shot across the court’s bow on the future of Amona?

Israeli media are bustling with more and less informed commentary regarding this week’s showdown between Justice Na’or and Justice Minister Shaked. Na’or was so enraged at the insolence of Shaked’s move to promote (tacitly) a bill that deprives the high court of its veto power on high court judicial nominations, that she sent her a written warning, well leaked, about how Shaked’s move was tantamount to placing a gun on the table.

Not exactly what one imagines as “judicial temperament…”

The fact is that Shaked is determined to curb the outrageous activism of Israel’s Supreme Court, begun after the 1977 elections when a Likud-led coalition replaced the country’s uninterrupted 29-year Labor-led rule. Justice Aharon Barak, who began his term on the high court in 1978, was the architect of a brilliant, calculated and patient campaign to usurp many constitutional powers from the elected officials, representing the will of the natural sovereign — the people, for the unelected judicial system.

In her exulted as well as vilified essay this past October (Tracks toward Governing), Minister Shaked detailed the dire need to restrain Israel’s expansionist Judiciary. She noted an ongoing war between the Supreme Court and the executive branch, which necessitates the passing of a new constitutional-level legislation (Foundation Laws in Israel’s system) to regulate once and for all this combative relationship.

In that context, Justice Na’or, despite her aggressive language, is not necessarily out of line in saying that crucial constitutional changes, such as a bill to deprive court representatives of their ability to disqualify Supreme Court judicial candidates at will, deemed serious discussion prior to submission. Which leads me to believe that Shaked, whose own temperament is far cooler than Na’or’s, did not necessarily intend to actually cut the court’s power with the new legislation, but only to scare it a little.

As was made clear from reading Shaked’s essay, she is quite the student of US history and democracy. In that case, she must be aware of the legendary battles between President Franklin Delano Roosevelt and the Supreme Court. FDR taught generations of Poli-sci students how an executive can tame his hostile high court.

Roosevelt won the 1932 presidential election following the Wall Street Crash of 1929 and the onset of the Great Depression, promising America a “New Deal” for national economic recovery. The 1932 election also gave the Democrats a majority in both houses of Congress, giving Roosevelt legislative support for his reform. Roosevelt and the 73rd Congress called for greater governmental involvement in the economy as a way to end the depression. But a series of successful challenges to New Deal programs were launched in federal courts, and, inevitably, the very constitutionality of much of the New Deal legislation, especially that which extended the power of the federal government, was rejected by the Supreme Court. A series of Supreme Court decisions knocked down major FDR legislation, culminating in Black Monday, May 27, 1935, when Chief Justice Charles Evans Hughes arranged for the decisions to be announced from the bench that day to be read in order of increasing importance, after the Court had ruled unanimously against Roosevelt in three separate cases.

In 1936, after a sweeping victory, FDR came back to the battlefield ready to take down the Supreme Court. He proposed to reorganize the federal judiciary by adding a new justice each time a justice reached age seventy and failed to retire. It was the subject of Roosevelt’s 9th Fireside chat of March 9, 1937. The argument FDR made was that it was for the benefit of the court to establish continuity in this manner — but, of course, what he really meant was that he could make the justices irrelevant if they continued to mess with his legislation.

Three weeks after the radio address the Supreme Court published an opinion upholding a Washington state minimum wage law in West Coast Hotel Co. v. Parrish. The 5–4 ruling was the result of the sudden shift by Associate Justice Owen Roberts, who joined with the wing of the bench supportive to the New Deal legislation.

He got the message.

In the spirit of the great architect of the New Deal, the most creative and decisive Justice Minister in Israel’s recent history may be aiming only to throw the fear of God (and the voter) in the hearts of Na’or et al. Currently the Netanyahu government is asking the court to postpone the demolition of Amona, a Jewish community in the liberated territories the court wants to see razed. Meanwhile, Shaked and the Habayit Hayehudi Knesset faction are working on an Regulation Act that will compel Arab claimants to accept market value for their seized land, instead of destroying the communities in question.

Is the new threat Shaked imposes on the future makeup of the Supreme Court only her way of using FDR’s recipe to scare justices? Will there be a behind closed doors deal to exchange Shaked’s killing the new bill in exchange for the court letting the Regulations Act slide? 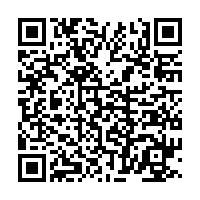