The above headline is actually the greeting at a new German website called RentaJew.org, right below the big, capped WILLKOMMEN.

“Why ‘Rent a Jew?'” says the “About” section, explaining: “Cars can be rented, but Jews? This may initially sound offensive. After all, for hundreds of years, anti-Semites have claimed that Jews are less valuable than other people. We are tired of hearing such suggestions. And we believe that humor mixed with a bit of chutzpah is the best way to refute old stereotypes and prejudices and show how absurd they are.”


There are 250,000 Jews in Germany, but few Germans know a Jew personally, according to Rent-a Jew. They want to change that by creating encounters between Jews and non-Jews – “away from stereotypes and stereotypes.”

“With Rent a Jew it becomes possible to talk to each other instead of about one another,” argues the website, “to answer questions on both sides and to dismantle prejudices.”

An initiative launched by the Munich-based European Janusz Korczak Academy with help from the Jewish Agency for Israel, provides speakers to educational institutions or groups of any size, for school classes, adult education courses, church communities, student groups or cultural associations.

Rent a Jew provides Jews of different ages and backgrounds who are “as colorful as Judaism itself.” They are not professional speakers or experts, they are the Jews next door with their own personal stories and opinions, as well as much else, “from food to music, literature and religion” – anything goes (almost).

Rent-a Jew’s Mascha Schmerling told Deutsche Welle the new service is there ” to provoke, to promote conversation. We want to give people the chance to talk to the Jewish community. We want them to see that we’re completely normal people. We don’t want to be defined purely by history and we don’t want to always be seen through this Holocaust lens.” 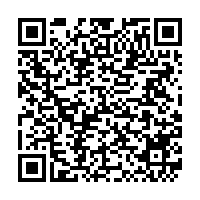