An Israeli woman and her two children narrowly escaped death on the Cross-Binyamin Highway early Wednesday evening when their car came under a hail of gunfire while driving between the villages of Abud and Deir Abu Masha’al.

Residents of Neve Tzuf (Halamish), a community east of Shoham, the 27-year-old woman was driving towards home with her 4-year-old daughter and her 18-month-old baby son in the car at the time of the attack.


The vehicle was heading northwest in the direction of Ramallah when she felt the car get hit by what she first believed was a hail of stones.

The driver kept the car moving and called police, who immediately responded. Upon inspection of the vehicle, the officers saw three bullet holes around the area of the motor, and one more bullet hole in the car door.

Miraculously, none of the passengers in the vehicle were physically injured.

Security forces launched a search for the attackers. 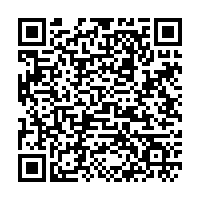