“Stanley Fischer leaves behind scorched earth, which, together with the Finance Minister’s policy of economic edicts—coupled with the latter’s almost complete submission to the Bank Governor—is taking the economy into a deep recession,” financial analyst and venture capitalist Avi Tiomkin told the financial website Kalkalist.

“These moves are liable to undermine exports and significantly reduce manufacturing activity, ushering in a massive rise in unemployment, accompanied by social unrest,” Tiomkin concluded.


According to Tiomkin, “the monetary policy of the Bank of Israel in recent years was to tighten the reins, focusing mostly on the fear of inflationary developments. This trend was influenced primarily by the perception of the Governor’s decisions by his counterparts around the world. It ended up causing Israeli exports – which constitute some 45 percent of the GDP – to be on the verge of collapse, with an all-time trade deficit record.”

In Tiomkin’s view, the policy of the Bank of Israel’s Monetary policy regarding interest and its method of intervention in the markets (purchasing billions in U.S. dollars) and the fact that the interest rate in Israel is significantly higher than that of the leading Western markets, have led the NIS to become one of the strongest currencies in the world.

This means that Israel’s two main industries, manufacturing and agricultural exports and tourism have a harder time competing in the global markets.

“If you add to this the fact that economic activity is weakening among Israel’s larger trading partners, Europe and the U.S., and taking into account the global effects of the emerging crisis in China and the economic deterioration in Asia, it means the dreams of finding new export markets will fade quickly, and the decline in exports will increase and damage the economy critically.”

“Unfortunately, the choir comprised of Israel’s best economists and senior academics still lives in a world that no longer exist,” says Tiomkin. “The classic academic models have already collapsed in reality, while they continue to chant the mantra that a budget deficit is a major disaster. Needless to say, that elite has not predicted the financial crisis, never understood the extent of its depth and length, and expected that large-scale money printing by the world’s central banks would cause an inflation—when in reality the opposite happened. Likewise, when they predicted that increasing budget deficits would raise long-term interest rates – the opposite happened.”

Tiomkin also believes that the Israeli government overall policy should undergo a significant course change. “The classical Capitalist world no longer exists,” he says. “I remind the Prime Minister that Ronald Reagan is no longer President. I think that the Prime Minister’s perception that the policy of privatization, free market, spending cuts and minimized budget deficits are the solutions to the current problems, is anachronistic. This solution was good 20 years ago.”

Tiomkin has few good words for the departing bank governor:

“Governor Stanley Fischer will be remembered as the Israeli Alan Greenspan. It won’t be long before everyone realizes the magnitude of his mistakes, and the fact that the responsibility for much of the financial crisis in the country rests on his shoulders.”

In Tiomkin’s opinion, the Bank of Israel must immediately lower the short-term interest rate to 0.5%, similar to the global level. This would reduce borrowers’ financing costs on mortgages, slow down the pace of decline in real estate prices and reduce lenders’ fears of mortgage defaults by borrowers. 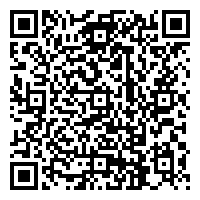