The aircraft departed Charles de Gaulle airport at 23:09 CEST. Civil aviation officials in Egypt were quoted by Vice News as saying the aircraft ‘probably crashed into the sea.’ A French airport official who requested anonymity told Reuters, “It did not land. That is all we can say for the moment.”

Government officials in Greece are investigating a report by a merchant ship’s captain who said he saw “a flame in the sky” over the area in the Mediterranean in which the plane disappeared.

At the time, the aircraft was carrying 56 passengers with three security personnel and seven cabin crew, Gulf Business.com reported. The passengers included 15 French nationals, 30 Egyptians, two Iraqis, one from the UK and a Canadian, as well as a Belgian, a Saudi, a Sudani, a Czech national, one Portuguese and an individual from Algiers.

Egyptian Army fighter jets and Greek ships are searching together for the missing EgyptAir plane, according to Al Ahram. 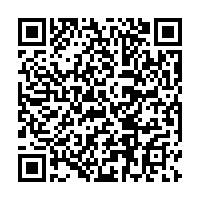