Greek airport sources said the crash site is off the Greek island of Karpathos. A terror attack is the most likely cause of the crash, aviation experts told international media. Search and rescue personnel are out in force, looking for the plane.


French President Francois Hollande also confirmed the news in a separate news conference. But he stressed there was “no hypothesis” as to why the plane, an Airbus A320, crashed.

Egyptian Prime Minister Sherif Ismail also told reporters at Cairo airport it is still too early to speculate on what caused the crash. “We cannot rule anything out,” he told journalists,” and could not say whether a technical issue or terror attack was the cause.

The flight departed from Paris late Wednesday night en route to Cairo, but disappeared from the radar over the Mediterranean Sea just 10 minutes away from Egyptian air space.

Greek government officials were investigating an earlier report by the captain of a merchant ship who said he saw “a flame in the sky” over the area where the aircraft disappeared. He reported seeing the “flame” about 130 nautical miles south of the Greek island of Carpatos, according to the British Daily Star.

The twin-engine jet was registered with the Egyptian tail number SU-GCC. The last contact with the pilot was about 10 minutes before the aircraft disappeared from the radar. Ehab Mohy el-Deen, head of the Egyptian air navigation authority, said, “They did not radio for help or lose altitude. They just vanished.”

Greek air traffic controllers spoke to the pilot over the island of Kea in what is believed to have been the last broadcast from the aircraft. “The pilot did not mention any problems,” Kostas Litzerakis, head of Greek civil aviation told Reuters.

Rescue services from the Egyptian armed forces reported receiving a signal at 04:26 am local time (0226 GMT) from the aircraft that turned out to be an automated signal, according to a statement by Egypt Air. The flight had been due to land at 03:15 am local time.

A Russian MetroJet flight from Sharm el-Sheikh en route to St. Petersburg crashed in the Sinai Peninsula last October due to a mid-air explosion.  The crash was due to a bomb planted by the Da’esh (ISIS) terrorist organization, which claimed responsibility for the attack. All 224 people on board were killed in the disaster. 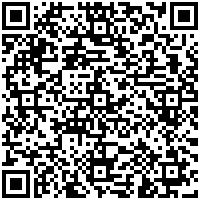