An Egyptian soldier was killed Sunday afternoon by snipers in an ambush attack near a military base at the entrance to the Egyptian part of the city of Rafah.

When Israel withdrew from the Sinai in 1982, Rafah was split into a Gazan part and an Egyptian part, separated by barbed-wire barriers. The middle of the city was razed to create a large buffer zone.

Egyptian security sources said Sunday the attack killed a soldier named Mustafa Badr Hashim, 19, years of Assiut, from a gunshot wound. His body was flown to the military hospital in El-Arish.

Meanwhile, according to the Hamas government, the Egyptians have kept the Rafah border crossings open all day Sunday and will keep it open Monday, to allow passage from the Gaza Strip into Egypt and on to Saudi Arabia for the Muslim pilgrimage. So far a reported 1,243 have been allowed through, while 51 were rejected. Thousands more are expected to request passage should the Egyptian government decide to keep the crossing open. 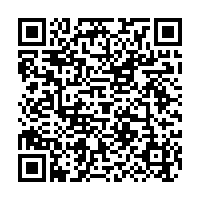