For the record, it isn’t clear just how many residents of the Gaza Strip have been infected by the coronavirus. But the official figures are enviable: according to WAFA, a man in his 50s who returned to the Gaza Strip last week through the Rafah crossing with Egypt tested positive and was quarantined, making him the 10th case in the Gaza Strip.

If this figure is real, the credit belongs to Hamas and the Islamic Jihad, which are forcing a strict curfew in the Strip, disinfect public spaces regularly, and, most important, maintain a miserable economy so no one has the money to travel abroad and bring back diseases.


Nevertheless, my good friend at IfNotNow, Sarah, has emailed me especially to let me know about a Wednesday, April 1 at 12 PM mass call when I’ll be able to hear from “Palestinian medical professionals and activists living in Gaza.”

Sarah also let me know that “as the number of Palestinians in Gaza infected with coronavirus increases, real pressure is building on the Israeli government. This week our petition demanding Israel lift the blockade on Gaza and help deliver medical supplies to Palestinians there reached 12,000 signatures; and many Senators, including presidential candidate Bernie Sanders, wrote a letter demanding that the Israeli government do what is necessary to avoid an outbreak in Gaza.”

So, a few issues: first, like we said, the number is pretty small, but the petition, posted online Friday, has no problem stating: “1.8 million Palestinians in the occupied Gaza Strip appear to be on the precipice of catastrophe — and the Israeli government, which controls what goes in and out of Gaza, has a responsibility to act now.”

1. Gaza is not occupied; 2. Israel doesn’t control Gaza’s southern border with Egypt; 3. with just 10 cases in a month, Gaza is not on the “precipice of catastrophe” even though it’s a great tongue twister.

As to lifting the blockade on Gaza – are you kidding me? Right now, if there were no blockade on Gaza, this would have been the perfect time to institute a blockade on Gaza because Israel doesn’t need thousands of Arab workers roaming its countryside when the entire population, Jewish and Arab alike, is supposed to stay indoors.

As to medical equipment, the IfNotNow petition demands (they do demand a lot, don’t they) that Israel “enable the entrance of all items needed by local authorities, items which Israel defines as ‘dual-use.'”

“Dual-use” refers to technology and substances that can be used for both peaceful and military aims. Sadly, the items required by Gaza hospitals more often than not end up in the hands of terrorists. “Demanding” that Israel allow the flow of the very items that could kill its own citizens is precisely something one would expect from Bernie Sanders, but IfNotNow? Aren’t they, like, Jewish?

Indeed, there isn’t even one singular word of sympathy for their fellow Jews in Israel who are engaged in a battle for their lives even as we speak – nothing. Instead, Yonah Lieberman, another friend of mine, starts his press release with: “Today, a petition by the Jewish anti-occupation group IfNotNow in support of the Palestinians in Gaza under threat by the coronavirus reached 10,000 signatures.” And for the next three paragraphs, he doesn’t have one good word to spare about his fellow Jews in Israel.

I mean, isn’t the whole IfNotNow thing about helping Israeli Jews get in touch with their own, inner morality, and as a result abandon their homes in favor of the Arabs? How can we do that if we’re all dead?

Well, that might have been the whole idea in the first place. 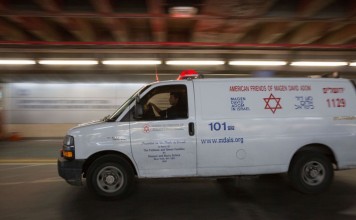 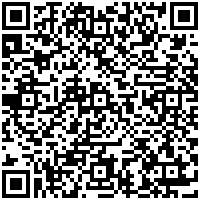