A rare 1,500-year-old mosaic discovered two years ago during an archaeological excavation in the Kiryat Gat Industrial Park is being revealed to the public for the first time during the Sukkot holiday.

The mosaic, which depicts a map with streets and buildings, was exposed during a dig conducted by the Israel Antiquities Authority together with school children and employees from the industrial park.

“The appearance of buildings on mosaic floors is a rare phenomenon in Israel,” commented IAA archaeologists Sa’ar Ganor and Dr. Rina Avner. ““The buildings are arranged along a main colonnaded street of a city, in a sort of ancient map. A Greek inscription preserved alongside one of the buildings exposed in the mosaic indicates that the place which is depicted is the settlement Chortaso, in Egypt.

“According to Christian tradition, the prophet Habakkuk was buried in Chortaso. The appearance of this Egyptian city on the floor of the public building in Kiryat Gat might allude to the origin of the church’s congregation”.

“The mosaic pavement was part of the floor of a church that did not survive, the IAA explained. Two sections of the mosaic were preserved; animals such as a rooster, deer and birds, and a goblet with red fruits are portrayed on one part of the pavement.

Nile River landscape in Egypt consisting of a boat with a rolled-up sail, streets and buildings is depicted on the second carpet. The buildings are portrayed in detail and in three dimensions, with two and three stories, balconies and galleries, roofing, roof tiles and windows.

The artist utilized ‘tesserae’ of 17 different colors in preparing the mosaic,” noted Ganor. “The investment in the raw materials and their quality are the best ever discovered in Israel.”

For the first time, the “Factories from Within” Festival will be held in the Kiryat Gat Industrial Park during Chol Hamoed Sukkot. The entire industrial park will become an event-filled arena on October 1, including one-time performances in unconventional locations with rare visits inside of some of the best-known factories in Israel. 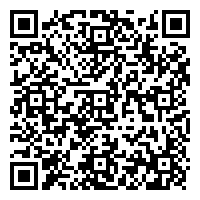