A vicious anti-Semitic slur flung by a Democratic member of Congress on Monday against Israeli Jews living in Judea and Samaria hit one Jewish voter square in the face with the ice-cold memory of another time, when similar words were spoken.

With just one word, U.S. Rep. Hank Johnson of Georgia proved to anyone who bothered to pay attention that the Democratic Party is no longer the traditional safe haven of the American Jew.


Speaking in Philadelphia at an pre-Democratic National Convention event sponsored by a group from the Boycott, Divest and Sanctions (BDS) movement, the House Armed Services Committee member compared the Jewish residents of Judea and Samaria to “termites,” according to the Washington Free Beacon.

Outraged, Sara Z. told JewishPress.com that anti-Semitism in the American Democratic Party is growing by leaps and bounds.

In an exclusive interview, Sara (who requested anonymity out of fear of reprisal from neighbors) said the phenomenon is “similar to the rising anti-Semitism in Britain’s Labour Party.” She said it has destroyed a party where Jews once felt welcomed — and that she could see that day coming for Democrats in the U.S., maybe sooner than they realized. “Perhaps Senator Hank Johnson has forgotten history, or is this another way to echo Adolf Hitler’s sentiments? In 1938 the anti-Semitic rhetoric was that Jews were “vermin,” she said.

“In 2016, we are now “termites.” It seems like nothing changes. In the era of ‘Black Lives Matter’ it seems that once again, the Jews are the world’s scapegoats, the disposable ones,” she continued.

“Do we never learn from history?”

According to the Washington Free Beacon, Johnson’s address to the U.S. Campaign to End the Israeli Occupation included the following remarks:

“There has been a steady [stream], almost like termites can get into a residence and eat before you know that you’ve been eaten up and you fall in on yourself, there has been settlement activity that has marched forward with impunity and at an ever-increasing rate to the point where it has become alarming.

“You see one home after another being appropriated by Jewish people who come in to claim that [Arab] land just because somebody did not spend the night there,” he said. ‘“The home their ancestors lived in for generations becomes an Israeli home and a flag goes up. The Palestinians are barred from flying flags in their own neighborhoods. 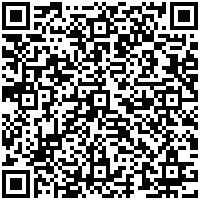