This year’s summer Olympic Games in Rio de Janeiro will take place under watchful eyes of 10,000 Brazilian soldiers and police officers. All have been highly trained for the job — by Israelis.

According to a report on the Israel NonStop website, based on details broadcast by Israeli Channel 2 television news reporter Nir Dvori, said the International Security & Defense Systems (ISDS) Israel defense company took on the $2.5 billion project, assisted by the Israeli Ministry of Defense.


A report written by Charlotte Silver in May 2015 on the pro-Palestinian Authority Electronic Intifada blog contradicted news of the contract won by the firm.

“Brazil’s government has excluded an Israeli ‘security’ company from working at the 2016 Olympics in Rio de Janeiro following a campaign by Palestine solidarity activists,” Silver wrote.

ISDS had indeed won the contract with the Brazilian government “to coordinate security” for the Games in October 2014, the blog conceded.

“But on 8 April a division dealing with large events at Brazil’s justice ministry denied that ISDS had been awarded any contract,” Silver wrote, extrapolating from a letter written by the ministry that said: “Any contract made by Rio 2016 won’t result in compromises by the Brazilian government.”

Silver cited a statement by CUT workers’ union executive director Julio Turra as further proof, celebrating it as a success for the Boycott, Divest and Sanctions (BDS) movement: “We are glad that the government distances itself from ISDS. It would be illegal and shameful to hire a company that develops its technologies in complicity with Israeli crimes and that accumulates complaints about its participation in Central American dictatorships.”

ISDS instead raised 35 Israeli security companies for the project, which have brought to the table new systems and intelligence methods that will be activated by the 10,000 Brazilian police and military personnel who are now responsible for Rio and the city.

Argus Corporation, Kaylor, Kela and others are all involved in helping to secure the 10,000 athletes who will compete from 26 nations in 1,000 competitions to determine who is the “best of the best” on the planet.

Along with the 10,000 security personnel making sure that everyone stays safe before, during and on the way out of the event, will be 26,000 journalists whose lives also will hang in the balance and who must be protected at the 50 different stadiums and facilities.

In less than two weeks, the Games begin.

Meanwhile, the security director of the Games has told media, “This is an international collaboration between government agencies from different countries.”
That’s probably true, and it’s an important point when considering the fact that a terror cell from the Da’esh (ISIS) terrorist organization has already been discovered in Brazil as well. 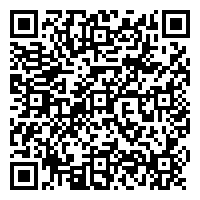