An autopsy of Furkan Doğan’s body revealed he had sustained five gunshot wounds, to the nose, back, back of the head, left leg, and left ankle, from a distance of 4 inches. It was claimed that he was shot while filming the events on deck. However, the US says the autopsy report was never handed over to US authorities, despite repeated requests.

California attorney Dan Stormer told Reuters that Ehud Barak, who was defense minister at the time of the raid on the flotilla, was served with legal papers on Tuesday evening, after a speech he had given in Thousand Oaks. “The papers were given to one of his bodyguards who later handed it to Barak in front of witnesses,” Stormer said. The plaintiffs expect to win damages in the “tens of millions of dollars.”

An Israeli Foreign Ministry spokesman told Israel Radio in response that this is yet another attempt to use legal tools to attack Israel cynically. The spokesman expressed his confidence that the United States would not support this move.

US Secretary of State Hillary Clinton, on June 3, 2010, said US officials had met with Doğan’s father to express their condolences. Clinton said in a statement,: “Protecting the welfare of American citizens is a fundamental responsibility of our government and one that we take very seriously. We are in constant contact with the Israeli Government, attempting to obtain more information about our citizens.” 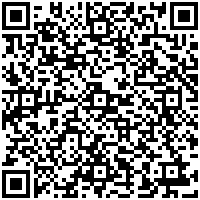