The descendants of a German Jewish lawyer and member of parliament who was murdered by the Nazis in 1934, are demanding the return of his possession, the 13th century colorfully illustrated “Birds’ Head Haggadah,” which is part of the collection of the Israel Museum in Jerusalem. The heirs are asking for “less than $10 million” for the rare work, whose market value is several times that amount. The heirs do not wish to remove the Haggadah from the museum.

The so-called “Birds’ Head Haggadah,” a work in pen, ink and tempera on parchment by the scribe Menahem, gets its name from the images in the manuscript, where the human figures are depicted as having birds’ heads with beaks for mouths. Some figures also have pointed animal ears. All the men wear the compulsory conical “Jew’s hat,” imposed on the Jews of Germany in 1215.

According to The Art Newspaper, the Birds’ Head Haggadah used to belong to Ludwig Marum, a lawyer from Karlsruhe, Germany, who was a member of the anti-Nazi Social Democratic Party and served in the Reichstag from 1928 until 1933. He was arrested and sent to the Kislau concentration camp, where he was murdered in 1934 (his death was reported as a suicide). Marum’s children fled Germany shortly thereafter.

In 1946, Herman Kahn, a Jewish refugee from Karlsruhe, sold the Birds’ Head Haggadah for $600 to the National Bezalel Museum (later part of the Israel Museum). No one knows how Kahn got hold of the work. The manuscript was reproduced in a catalogue, with a note that it was “in the possession” of the Marum family before the war. But the museum display does not offer a similar acknowledgement.

Marum’s daughter, Elisabeth Lunau, visited the Israel Museum in 1984 and saw the manuscript on permanent display there. She sent a letter to the museum’s curator of Judaica, arguing that the Haggadah had been sold without the family’s consent and demanded that the “rightful owners” be recognized in the display. She wrote: “The family Marum, however, thought the Haggadah should remain in the Israel Museum for the benefit of the public.”

According to TAN, the family’s attorney handling the lawsuit is E. Randol Schoenberg, who in 2006 helped Maria Altmann successfully recover paintings by Gustav Klimt, including, most notably, “Woman in Gold,” from the Belvedere Museum in Vienna. 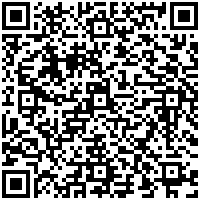