PA Chairman Mahmoud Abbas referred to Mutaz Hijazi, the terrorist who shot and critically wounded Rabbi Yehuda Glick last week, as a “shahid,” or martyr “who rose to Heaven while defending our people’s rights and holy places in a condolence letter to the terrorist’s family.

The official daily newspaper of the Palestinian National Authority, Al-Hyat Al Jadida reported on Monday that “In a telegram that was delivered on November 2 by the Minister of Jerusalem Affairs and District Governor Adnan Husseini to Hijazi’s family in the Silwan village, he [Abbas] said that Martyr Mutaz rose to Heaven while defending our people’s rights and holy places.”

Furthermore, Abbas’s advisor, Sultan Abu Al-Einein glorified the terrorist on his Facebook page according to Palestinian Media Watch (PMW). “Your bullets were a beacon [on] a path that had become dark, the light of which will continue to shine for years to come,” Al-Einein posted on his Facebook page on Tuesday, November 3.

Al-Einein routinely praises terrorists while encouraging terror acts against Israel both on his Facebook page and on the Palestinian Authority TV.

Others like Adnan Gaith, the director of the Jerusalem branch of Abbas’ Fatah movement and a resident of Silwan, expressed pride in the shooting and deemed a “heroic act” in an exclusive interview to the Quds News Network, as cited by PMW. “The Martyr Mutaz Hijazi, who carried out the assassination attempt, was a member of Fatah and one of its activists in [Jerusalem]. Since his release from the occupation prisons in 2012, he participated in all the movement’s events and was active in it,” said Gaith.

“We in Fatah are not ashamed to take responsibility for the heroic act he carried out today…” added Gaith, a prominent Fatah figure. He also added that such ‘operations’ are guaranteed by international law as a form of self-defense. “Fatah was and remains on the frontline of resistance activity and calls on all Palestinians to unite against the occupation.” 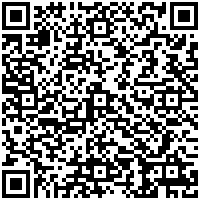