Cairo has nixed renewal of a major trade agreement signed with Turkey in 2012 that is set to end in April 2015.

The agreement allows Turkey to use an overland route and Egyptian ports to export its goods to Gulf and African nations, thereby eliminating the need to ship the wares via war-torn Syria.

The decision not to renew the deal reflects the deteriorating relations between the two countries. Egypt’s diplomatic ties with Turkey have become increasingly cold since the ouster of former Muslim Brotherhood-backed President Mohammed Morsi by Egyptian military.

Turkish President Recep Tayyip Erdogan, a strong backer of the Muslim Brotherhood who served previously as his country’s prime minister, has repeatedly lashed out at Egyptian officials since the ouster, calling it a “coup.”

A spokesperson for the Turkish foreign affairs ministry told the Anadolou news agency, “With this action, the Egyptian government is adding a new damage to other damages it has dealt to the interests of its people.”

The Muslim Brotherhood also gave birth to Gaza’s ruling Hamas terrorist organization and is a prominent player in Qatar.

During cease-fire negotiations this summer to end Israel’s counter terror Operation Protective Edge, Hamas requested the presence of both Turkey and Qatar at the indirect Egyptian-mediated talks with the Jewish State.

Although the request was rejected, Hamas did not respond to any cease-fire proposal without first at least consulting with officials in Doha, Qatar. 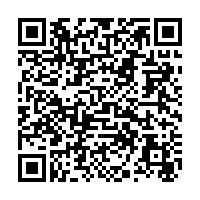