The Palestinian Authority has been totally silent since Thursday’s murder of an Israeli couple in Samaria while its ruling Fatah party took responsibility for the terrorist attack that orphaned four small children.


Abbas told the United Nations in his speech Wednesday:

The PLO and the Palestinian people adhere to the renouncement of violence and rejection and condemning of terrorism in all its forms, especially State terrorism, and adhere to all agreements signed between the Palestine Liberation Organization and Israel.

Not only have the PLO and Abbas not condemned the drive-by murder, but Fatah official Azzam al-Ahmed also told Hamas’ Al Quds TV:

The attack is a natural response to the crimes of the settlers and every action has a reaction.

WAFA, the official Palestinian Authority website, did not mention the murders and instead drowned its readers with the usual daily reports of alleged IDF violence against Arabs.

The Ma’an News Agency, based in Bethlehem and considered close to the Palestinian Authority regime, reported the killings but implicitly supported remarks by the Fatah officials that they were a “natural response.” Ma’an told its readers:

Tensions between Israeli settlers and Palestinians have been running high in recent weeks, as right-wing groups have increasingly urged their supporters to visit the Al-Aqsa Mosque compound in East Jerusalem, which has sparked clashes and spurred political debates around what Palestinians see as a challenge to the status quo in Israeli policies concerning the holy site.

Israeli authorities imposed severe restrictions on Palestinian entry to the Al-Aqsa Mosque compound for the fourth day in a row on Wednesday, while Israelis entered the compound under armed police escort.

According to the Palestinian Authority narrative, Arab rage is a result of Israeli actions.

After the murder, maiming and wounding of thousands of Israelis by Palestinian Authority terrorists the world no longer is buying the Arab agenda.

It is not falling in love with Israel but, as indicated by the absence of the words “Palestine” and “Israel” in President Barack Obama’s speech at the United Nations this week, the international community has run out of energy trying to make believe that the problems in the Middle East start and end with the “occupation,” if they exist at all.

ISIS, the Muslim immigration invasion of Europe, and the Syrian war have eroded the world’s illusions that the Palestinian Authority really wants “two states,” unless one is Fatah and the other Hamas with both of them killing each other in a war to see who can try to annihilate the State of Israel. 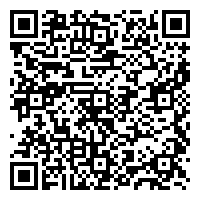