Police may be the surprising savior, even if temporarily, for a Jerusalem area synagogue that the High Court ordered demolished by Thursday because of claims that Jews did not buy the property.

The court has postponed several times the demolition of the house of worship at Givat Ze’ev, a community located on Highway 43 in Samaria and 12 miles west of Jerusalem.

The police want it delayed again for three weeks because of fear of “price tag” attacks amid the current wave of Palestinian Authority and Israeli Arab violence.

Protesters at Givat Ze’ev already have posted banners proclaiming “Down with the High Court” and slogans that condemn the destruction of a synagogue while homes of some terrorists are not razed.

Demonstrators have made it clear that there will be a violent clash with police and wrecking crews if the demolition is carried out. A gas canister already has been placed on the roof of the synagogue, and some people have threatened suicide.

The synagogue was built 20 years ago, but left-wing activists began a legal campaign seven years ago, claiming that Palestinian Authority Arabs owe the property. The court ruled that deeds of purchase presented by Givat Ze’ev were not valid. 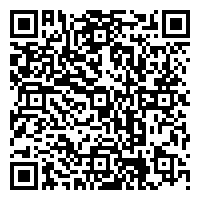