The government of the Palestinian Authority held its cabinet meeting this week in the Arab terrorist stronghold of Hebron, and announced a decision to allocate funds to a special support program for Arabs living there.

Some $7 million is being allocation for 20 projects to be carried out in health, education and community infrastructure, according to a report published by Arab affairs journalist Khaled Abu Toameh in the Jerusalem Post.


Hebron has been a major locus of terrorism against Israel, particularly for the Gaza-based Hamas terrorist organization. The group has been active in Hebron for years; not only in promoting the current wave of terror but also in masterminding and carrying out the savage June 2014 kidnapping and murders of three Jewish teenagers that ultimately ignited Operation Protective Edge — Israel’s counter-terrorism war against Hamas in Gaza.

As part of the new PA investment in Hebron, more than 1,000 Arab families living in the Jewish side of Hebron will receive monthly stipends of $100 each. Residents of the Old City of Hebron will be treated to special support, according to the report, including financial aid to merchants and a salary hike for those who work for the Palestinian Authority.

Diplomatic visits to the city are also slated to increase, and foreign diplomats will receive regular updates on political developments in Hebron as well, particularly strife with Israel. 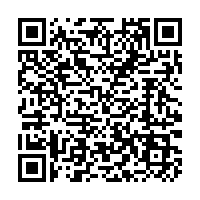