(JNi.media) Bahrain and some of its partners in the Gulf Cooperation Council (GCC) are currently negotiating to purchase Israel’s Iron Dome anti-missile system to defend against “a growing arsenal of Iranian missiles,” Sky News reported.

Developed by Rafael Advanced Defense Systems and Israel Aircraft Industries, the Iron Dome system intercepts and destroys short-range rockets and artillery shells fired from distances of 2.5 to 43 miles, after analyzing whether their trajectory would take them to a populated area. First deployed in late March 2011, by late October 2014, the Iron Dome systems had intercepted more than 1,200 rockets shot from the Gaza Strip at Israeli towns and villages.

Sky News speculated that a deal that would include the entire GCC: Saudi Arabia, United Arab Emirates, Oman, Qatar and Kuwait, could be worth hundreds, of billions of dollars.

Sky News cited Bahrain’s foreign minister Khalid bin Mohammed al Khalifa, who said on the visit to London: “The Israelis have their small Iron Dome. We’ll have a much bigger one in the GCC.” He also said: “Iran has been trying to undermine and topple government in our region for years.”

A senior Gulf government source told Sky News: “If Netanyahu were not making less of a mess of things and was more like Anwar Sadat (who signed a peace deal for Egypt with Israel) then we would be happy to buy the missiles straight from Israel.” However, to save the GCC the embarrassment of purchasing a lifeline from the Zionist entity, the US has offered its services in brokering the deal, Sky News reported. 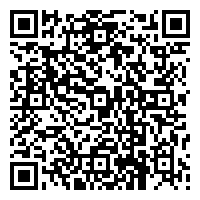