Or at least it is commonly believed that this is his burial place.


The prophet was 52 years old when he passed away, just 4 months before Shaul Hamelech (King Saul) died.

The fire department and Hatzalah emergency crews have secured the Nebi Samuel complex and surrounding forest, and ask people to be careful to not start any fires, and not to park on the paths, which will block traffic.

Joke of the Day:

An Israeli tour guide was taking a group for a tour of Israel and he pointed out a structure on a hill, and told the tourists that this was the grave of Shmuel Hanavi.

The next day, the tour guide took them to a different area, and pointed at another structure on a hill and told the group that this was the grave of Shmuel Hanavi.

One of the tourists asked him, “How can that be? Yesterday you said it was a different building.”

The tour guide answered, “Yesterday I showed you Shmuel Aleph, this is Shmuel Bet.” 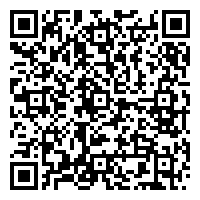