For the first time ever, Iran and China have begun joint naval drills in the Persian Gulf.

“Discussing and studying the two countries’ naval relief and rescue operations and drills, confronting sea incidents and accidents, and gaining the necessary technical preparedness, are among the actions to be practiced with the Chinese army forces,” Admiral Amir Hossein Azad, commander of Iran’s First Naval Zone said Saturday, according to the FARS news agency.


“The voyage of the Chinese army’s fleet of warships for the first time in the Persian Gulf waters is aimed at joint preparation of Iran and China for establishing peace, stability, tranquility and multilateral and mutual cooperation,” Azad said.

Last year Iranian ships traveled to the Sea of China “to deliver Iran’s message of peace and friendship to the Chinese,” FARS reported.

A few days ago the Iranian Navy stopped pirates from attacking a Chinese vessel in the Gulf of Aden, the news agency reported. The container ship was allegedly en route from Singapore to Jeddah (Saudi Arabia) at the time of the attack.

The Iranian Navy has deployed ships in the Gulf of Aden, off the coast of Somalia, since November 2008 “to protect the country’s cargo ships and oil tankers against pirates.” In 2008, an Iranian chartered cargo ship was attacked by Somali pirates off the coast of Yemen.

Beijing buys oil from Iran and advocates on behalf of Tehran at the United Nations Security Council, as well as during nuclear talks with the P5+1 (five permanent members of the Council plus Germany). China is one of Iran’s most reliable trading partners, according to The Diplomat, allowing Tehran to maintain its currency and evade damage from sanctions.

This year Beijing even increased its import of Iranian oil by 48 percent in the first half of 2014. But the United States is partly to blame: the State Department issued an exemption from sanctions to China, in exchange for reduced purchases of Iranian crude oil. The waivers, renewed in mid-2014, appear to have encouraged the Chinese to increase their import of Iranian ultralight oil, rather than decrease their purchases. The two countries also trade other items, including arms. 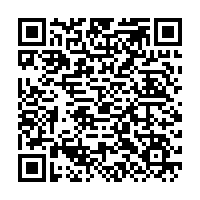